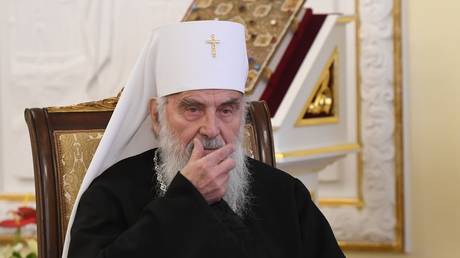 Patriarch Irinej of the Serbian Orthodox Church has died, Serbian President Aleksandar Vucic stated on social media. The 90-year-old senior cleric was within the hospital after testing constructive for Covid-19.

“It was an honor to know you. Individuals such as you by no means actually go away,” the president stated on Instagram, commemorating the patriarch.

Irinej had served because the chief of the Serbian Church since January 2010. He was handled on the Karaburma Navy Medical Middle after a routine medical verify revealed he had contracted the coronavirus.

Final week, he developed fever and his continual cardiac insufficiency worsened. He remained beneath the fixed supervision of high medical consultants, however sadly his well being in the end failed.